The website was in dire need of an update (about 12 years old) and I didn't want to completely say goodbye to the old "news" page with all the updates, so here they are in a kind of archive-y format.  Unfortunately, there aren't any dates and you may find a few broken links - a few of the many problems with the old blog.  Note that most of my posts these days are in reference to The Hunted, which you can find here.

The Hunted is still growing strong with all-new episodes, affiliates, and contests.  For more info, check out www.thehunted.tv

Two huge personal projects this year for Bob and the gang, first was creating and installing a traveling ring structure at the 2010 Burning Man.  Next up was an event called GLOW for the city of Santa Monica.  Check 'em out.  The pics are epic!

The Hunted recently filmed their latest episode at the 2009 San Diego Comic Con. For more info, check out the Hunted blog here: http://thehuntedtv.blogspot.com

The Hunted is sponsoring a video contest on Youtube with $1000 cash prize for the winning episode.  You can find all the details here.

The Hunted has finally been officially released here on Youtube. Please help us get the word out, subscribe, favorite, watch and comment on as many episodes as humanly possible! Thanks!

Bob's latest VFX work can be seen on Fantastic Four and the trailer to Cloverfield seen on the release of Transformers.

The Duel will be featured in a silent film festival in Chcago on March 14 & 21.

Bob is once again training wushu and shaolin weapons at the new LA Wushu Academy.

You might just catch a glimpse of Bob and his Santa Monica beach buddies working out in the background of Tenacious D and the Pick of Destiny.

Bob is currently working on VFX for Fantastic Four 2 at Hydraulx Studios.

Bob is recently featured along with TJ Rotolo and Dan Forcee in the Orange County Register commercial "Reduced Romeo and Juliet." You can check out the commercial here (don't blink).

Bob recently completed work on visual effects for X-Men 3 and Fast and Furious 3.

An 8 foot Bob on Powerisers (spring stilts) on the streets of Santa Monica blvd on Halloween night with Jessica Cail: 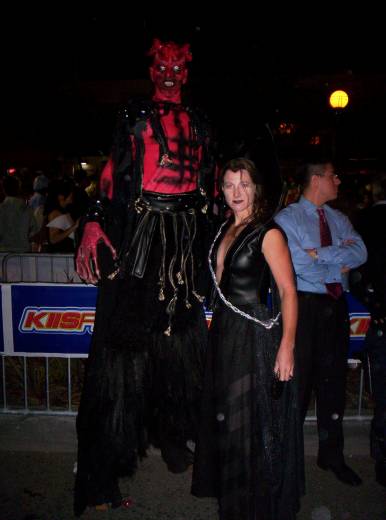 See Bob do his thing in this latest commercial for the Knights Tournament at Legoland.

Bob is currently the VFX supervisor for the feature film LIGHT YEARS AWAY and a reality series for MTV ASHLEY PARKER ANGEL.

"Tenacious D and the Pick of Destiny" brought in Bob and a few other Santa Monica locals to show their stuff on the rings at Muscle Beach. 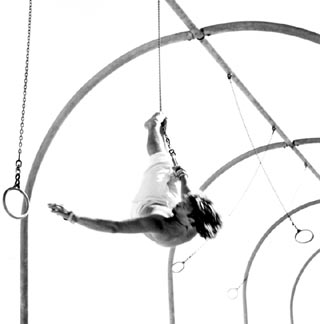 "Rules of Engagement" was recently shot with TJ Rotolo and Tim Storms as an audition piece for an upcoming Jet Li film.

Bob recently performed in LA Opera's production of Romeo et Juliette. You can find the LA Times review of the audition here. 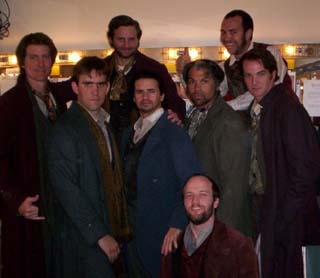 LA Opera's latest production of Trovatore featured a few swordfights with Bob under the direction of Anthony DeLongis and Ed Douglas. 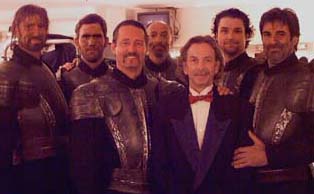 Bob recently taught a one weekend film and stage combat workshop in St. Louis where he also shot his latest episode of "The Hunted".
The feature film "Soldier of God" came to Bob to coordinate their opening battle sequence. Find out more about the award-winning film here. 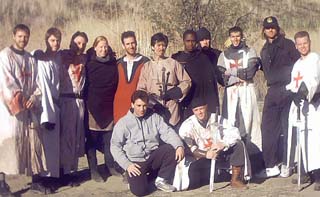 Check out Bob's feaured article on The Hunted in the latest edition of Martial Arts Insider Magazine (Page 1,2,3,4,5,6).

Bob can currently be seen in the action feature "Circuit II" in a brief featured fight with Olivier Grunner.
Bob was recently inducted into the Hawaiian Martial Arts Hall of Fame on July 12th, 2003 at an awards banquet in Las Vegas.
You might catch a glimpse of Bob working on the upcoming reality show "Next Action Star" where he worked with Eric Chen and Tim Storms to put the final contestants through their paces.
Bob recently appeared with Placido Domingo and stunt buddies Anthony DeLongis, Miguel Marcott, Ed Douglas, Deron McBee, Gary Kasper, Charles Currier, and others in the LA Opera production of "Girl of the Golden West." 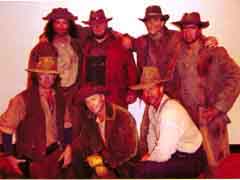 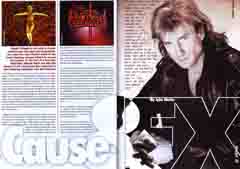 Bob is currently appearing with Bruce Young (Sentinel, Highlander) and Billy Campbell (Once and Again, The Rocketeer) in the live action role playing show Dungeonmaster.

So what else is Bob up to these days? Check out his internet series www.thehunted.tv and find out.

So who is this Bob guy, where'd he come from, and what's with the chicken story? These and other questions are answered in this SAPS Interview.
Posted by Robert Chapin at 5:35 PM No comments: